Since our inception on 9th April, 1971, NSUI has been the lighting torch of student activism which has been passing from one generation of student activists to another. This torch has remained ignited with the idea of safeguarding the rights of student community alongside instilling a sense of citizenship among students. Student activists have been identified, groomed and moulded into leaders in various fields proficient to represent the Nation.

The mission of the NSUI is “To empower the student community to create responsible citizens and leaders based on the values of democracy, secularism, liberty, quality & equality”.

Are decisions made for you without asking you? Do you have ideas to take India forward and need platform?
Join the NSUI's #BehtarBharat program

Are you the first in your family to go to college? You are the face of a developing, progressing India.
Join the NSUI's #PehliPeedhi program

I AM THE CHANGE

Does it bother you to see little children begging, picking up trash? Do you want to help poor kids get back in school?
Join the NSUI's #IAmTheChange program

You are more than a daughter, a sister or a girlfriend come be a Leader and work for Women's Rights.
Join the NSUI's #BeALeader program

“If you dont vote you loose the right to complain. Somewhere inside all of us is the power to change the word.” Let’s identify that power and vote.
Join the NSUI's #TakeThePledge

Be part of NSUI's all India initiatives for helping Indian of all walk of life in their struggles and aspirations. Volunteer with us help us build a more just, and progressing India.

NSUI COMMUNIQUE NSUI National President Shri @Neerajkundan ji has approved the appointment of Vice Chairmen of NSUI Social Media with immediate effect. We wish them all the best for his new responsibility and future endeavors. https://t.co/adXv3rgeBB 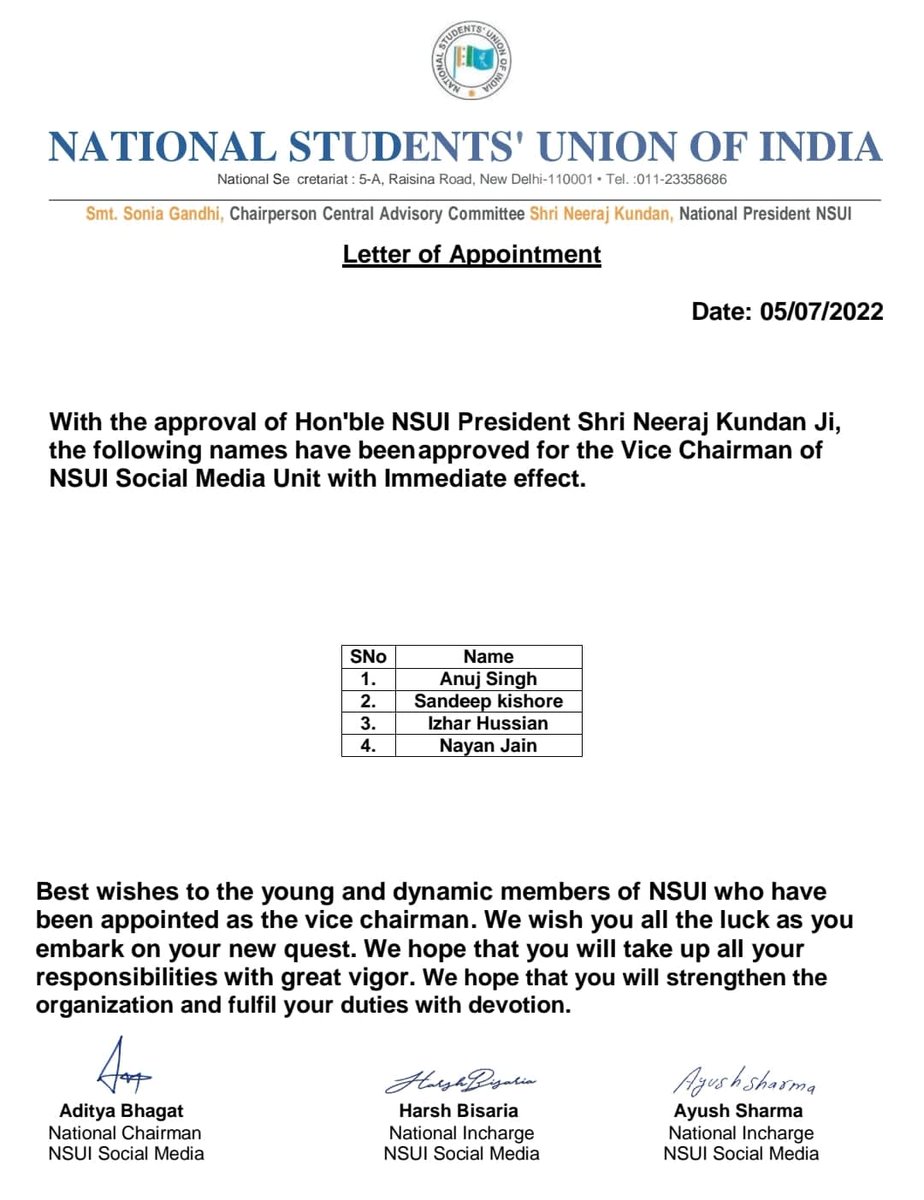 RT @RahulGandhi: A HC judge has been threatened for exposing BJP's corrupt govt in Karnataka. Institution after institution is being bulld… 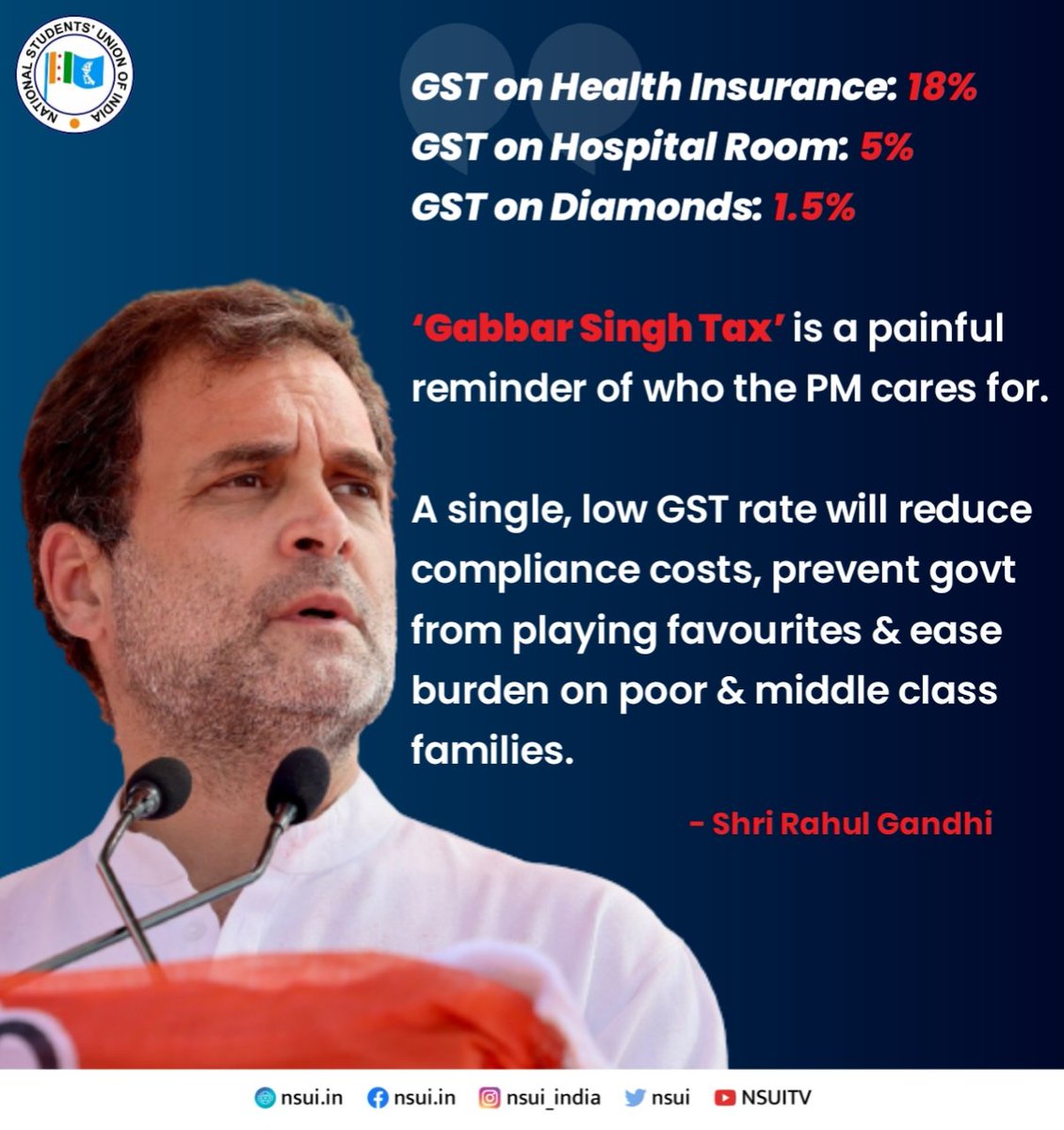